The universe is a huge space. From the last few years, individuals have been attempting to investigate more on space. To see the beauty of the space, Galileo Galilei, an astronomer from Italy invented the telescopes. With the help of telescopes, scientists started to investigate more on space and even normal people these days interested in exploring the beauty of space with this simple tool.

Presently, telescopes have gotten compact compared to the olden days’ telescopic tools and they are helpful too. Telescopes can be utilized whenever and anywhere. It can likewise be used to see the beauty of the sun, moon, stars and others in the sky.

What if your smartphone can be converted to a telescope? Ya. You heard it right. You don’t need to search for a big telescope to explore space. You can download the telescope application on your phone. You can enjoy the beauty of the stars and planets without venturing out from home. Isn’t it amazing?

In this article, we are going to list 11 best telescope apps for Android and iOS. Ahead of using the telescopic apps on your phone, make sure your phone’s location is enabled. Moreover, you need to make sure that there are no metal objects near you.

11 Best Telescope Apps for Android and iOS in 2020

SkyView® Lite is the first Skyview app in the Google play store with 5,000,000+ downloads. This simple app allows you to explore the sky on your phone. The freemium app is developed by Terminal Eleven and it is available with both free and premium subscriptions. With the premium subscription, you will get some additional features. However, the free version is enough for normal use. All you need to do is, just install the Sky View app on your phone and open it. Now, just point your phone at the sky and boom!

This app will identify the stars, constellations, satellites, and more. SkyView Lite is an augmented reality app to locate planets in our solar system, discover distant galaxies and witness satellite fly-by. The app also has the Night Mode feature to get a clear view of the sky even at night. Moreover, this app doesn’t even require the data or WiFi connection to spot the objects in the sky on the phone.

If you want to have a look at the beautiful stars in the sky, then this is the best telescope app for you. SkyPortal is a free telescope app specially designed to experience the sky in the night. This app will help you to explore our solar system, to get a clear view of 1,20,000+ stars, more than 200-star clusters, nebulae, galaxies, and dozens of asteroids, comets, and satellites. Isn’t it amazing?

The compass mode on the app will give you a real-time synchronized display of objects including the name of the star, constellations, planets, nebulae and galaxies. Also, this sky watch app has over 4 hours of audio commentary to gain the knowledge of best celestial objects.

Want to explore the deep sky on your smartphone? Well. Star Walk 2 app will get this job done for you. Star Walk 2 is a free telescope app designed to identify stars in the night. If you have a dream to know or identify the stars, constellations, planets, satellites, asteroids, comets, ISS, then just install this app and simply point your smartphone to the sky. Within a minute, the Star Walk 2 app will show the position of the stars and constellations in the sky at night. Not only this, but you can also check the solar system planets including the sun, moon, dwarf planets, asteroids, comets and a lot more.

ISS Live Now is yet another app that shows live video from the International Space Station. It works on both Android and iOS smartphones. This free telescope app makes use of the native Android Google Map (ISS tracker) and it will allow the ISS Live Now users to follow the Space Station’s orbit around our planet. Not only the video live streaming, but you can also even zoom, rotate, drag and tilt the map that is visible inside the app. Just like the Google maps app, you have the option to select the satellite or terrain view. Moreover, this simple telescope app even shows data like orbit speed, altitude, visibility, latitude and longitude, and the settings on the app are customizable as well.

Star Tracker is a free offline telescopic app for Android smartphone which works even without Wifi or data. View sun, moon, any Solar System planets, 88 Constellations and 8000+ stars just from the Star Tracker app. Simply, point your phone to the sky by holding it in your hand to get an ultra view of any stars, constellations and deep sky objects just like you watch them in the real telescope.

What if an app can show where the International Space Station or Iridium flares are? Good to hear, right? ISS Detector: See the Space Station is an app developed on the same concept. An interesting feature on this app is it will alert you with the alarm a few minutes before a satellite passes. Alongside detection, this app also verifies the clearness of whether to detect the satellites in the sky.

If you want to track the hundreds of ham and weather satellites with the transmitter frequencies and doppler shift calculations, then there is also an in-app purchase in the app which helps you to do so.

Star Chart is another telescopic app that uses GPS technology, an accurate 3D universe, and all of the latest high tech functionality, to calculate and show the stars in real-time. It even shows the exact location of each and every star and planet that is visible from Earth. The interesting feature on the Star Chart app is its voice control option through which you can control the solar system on your phone using simple commands.

Also, another addition to the interesting features list is Time Shift. This helps you to shift up to 10,000 years forward or backward in real-time. The zoom option on the app allows you to zoom view using a finger to get the exact and extra detail easily just like you use finger gestures on Google maps app.

SkySafari is one of the powerful telescope apps available on the Internet. If you are a person who is very interested in knowing how the sky looked even before your birth. Then, it is the best app to that. SkySafari app can even give you the view of the night sky from the future means you can even get a view of the sky of any future years.

All you need to do on the SkySafari app is, you need to point the phone to the sky to locate the planets, constellations, satellites, and millions of stars and deep sky objects. The major feature of this app is it has interactive and valuable information alongside the great graphics.

The list of stars in the sky will be updated automatically within a matter of seconds as soon as you make any movements that give you an amazing experience.

Starlight is the best sky view app to see the stars in the sky. Just head your phone towards the sky and check the magic. You will see the stars and constellations hover above in real-time. This free sky viewer app contains more than 100,000 stars from the Hipparcos database,88 western constellations, and the solar system’s planets. The quicker navigation and the UI make it one of the best apps to see the real-time stars at night time.

Well. It is an app from the developers of Vito Technology. This is the best app that gives you the knowledge of astronomy and space alongside providing the 3D model of the solar system. Moreover, the 3D solar system in the app can be rotated and zoomed quickly and effectively using your fingers. You get several interesting astronomy facts about planets and stars, dwarfs, satellites, asteroids, comets and other celestial bodies.

Which is the best telescope app?

That’s it guys. This is our top telescope apps list for our readers. Have you tried any of the above telescope apps from this list of top 11 best telescopic apps for Android and iOS? Then, mention the name of your favorite app in the comments section. Also, if we missed any of the best telescope apps that deserve the chance in this list, then don’t forget to mention the name of that app in the comments section. Also, don’t forget to check our latest list of the best apps and games. 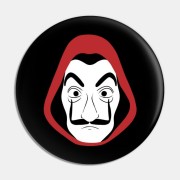 TechSpacia Crew
Hey there! This is admin of TechSpacia blog. I'm the one who handles TechSpacia!

Zalo Web: How to Use Zalo on PC Without Installing Software